Two small boats carved from blocks of wood rest on a bed of flour and chalk like vessels run aground on a terrain of icy snow or sun-bleached sand. Three fly-like creatures splay their waferish wings. Two snooker cues, snapped and retaped to bend in the middle, rest on a ledge like spindly legs frozen mid-sway. There are several small painted wooden balls; they could be planets marooned from the cosmos. And three little clay donkeys carry passengers coming from and going where?

These are some of the peculiar sights to be encountered at Sam Anderson’s first solo exhibition, Talley’s Folly, at mother’s tankstation, an intriguing exhibition of small sculptures and assemblages, crafted and cobbled together from a variety of found and familiar materials including wood and clay but also table salt, hay, blood orange juice, and black pepper, employed in unusual ways and resulting in strange formations that lure the viewer into a series of curious little worlds.

The darkened entryway to the gallery is occupied by a small clay sculpture of a figure on a donkey, To The Omega (all works 2015), its four tiny legs planted on the red tiled floor. The figure astride it, body twisted towards us, clutches its reigns, and stares in our direction, brow furrowed. An animated projection of white light, alternating between a dot, a crescent and a round disc, dances around the sculpture on a ten minute, fifty-nine second loop. The play of light resembles a time-lapse video of the moon variously illuminating these two little characters, giving the sculpture the quality of a still from an animated epic: two journeymen navigating their way through a dark landscape under the glow of a nighttime sky.

In the main gallery space stand two more of these donkey-figure clay sculptures, differently poised but similar, as if at different points in a story begun by the first one. The clay sculptures are each un-painted. They are uneven and patchy and so still evidence the particular malleable character of this distinct material: hardened but retaining a sense of the material’s original soft pliability, the imprints of handling still visible in its moulded, dried form. They are like prototypes for a claymation film, each emanating a sense of provisionality, a readiness to be animated.

There are also a number of four-legged wooden constructions, painted white, and orderly spaced in the gallery. A raised border runs the perimeter of each. Two snooker cues leaning against one of the constructions gives it the look of a miniature billiard table. But these are more than tables. In their blanched state, and populated as they are by a variety of assemblages and small sculptures – some of identifiable forms, some not – they take on the appearance of makeshift stages.

In the corner, on one of these stages stands a donkey-figure sculpture, Talley, raised from the floor. On the others a variety of scenes are placed. In Eva, for example, beneath the hue cast by a hanging red light bulb, wires containing little metal balls – suspended by unseen magnets – curve around two rudimentary wooden shapes, figurative in their combination. The scene suggests a game is being played. Elsewhere upon these structures sit the grounded boats (Boats), the wafer-winged creatures (in Liz) and the painted planet-like spheres. In Rows, for example, one such sphere sits near a grid of bored holes out of which poke blades of hay. They are surrounded by scatterings of fine black pepper that seem like the dislodged soil of an arid, perhaps alien, landscape.

The use of these four-legged stages unites each unusual arrangement within a common space implying a sense of purpose in their being-there-together. The gallery becomes like a terrain of small habitats populated by small creatures or characters (bolstered by the titling of some works with recognizable female names). More like makeshift dioramas than static compositions, the arranged objects resemble sets waiting to be activated, scenes paused, snapshots of stories. They are imbued, like the donkey-figures, with a compelling sense of narrative, albeit partial and obscure.

Furthermore, their small stature courts the viewer to crouch down and inspect, to engage in different ways of looking. This working in small scale is one of the defining aspects of Anderson’s practice. Her exhibitions can seem like the detritus of a precociously crafty child or an enthusiastic but perverse model-maker. Yet her proclivity for miniature seems guided more by a desire to realise its potential for storytelling than by some eccentric penchant for the diminutive. In The Poetics of Space, French philosopher Gaston Bachelard explores the unique imaginative power of miniature in poetry and fables. For him, its ‘liberation from all obligations of dimensions’ allows entry into the domain of the fantastic; it ‘causes men to dream’. [1] With her little three-dimensional material vignettes Anderson achieves just such an end, creating portals into imaginary miniature worlds.

The influence of fables and fantasy percolates a show that is clearly indebted to various modes of storytelling. The exhibition’s title is borrowed from that of a 1979 one-act play by American playwright Landford Wilson about the pursuit of a lady named Sally Talley by her future husband, Matt. One of the clay sculptures is called Talley, another Sally. There is no donkey in Wilson’s tale but the accompanying text refers to Dapple, the donkey of Miguel de Cervantes’s Don Quixote, offering potential contextualization from another preexisting literary source. The characters of other stories are woven into the exhibition but are cast in new circumstances. The artist acknowledges this in her accompanying text: ‘The details are there but the story is changed, or maybe useless.’ [2] There are threads, but we must find our own way to tie them together.

The words of the great storyteller Italo Calvino seem germane here: ‘The moment an object appears in a narrative, it is charged with a special force and becomes like the pole of a magnetic field, a knot in the network of invisible relationships … We might even say that in a narrative any object is always magic.’ [3] In Talley’s Folly, it is the reverse, as narrative appears in objects, both becoming as a consequence mutually charged. It is the nature of this relationship, between objects and narrative, how one feeds into the other, the allure that emerges from their entanglement, that Anderson harnesses in her work. But she makes the objects strange and the narrative partial and unclear. It is the attempt to make some sense out of all this, to unravel the knots and elucidate the relationships at play that makes viewing Talley’s Folly such a captivating encounter.

Sara O’Brien is a writer based in Dublin. 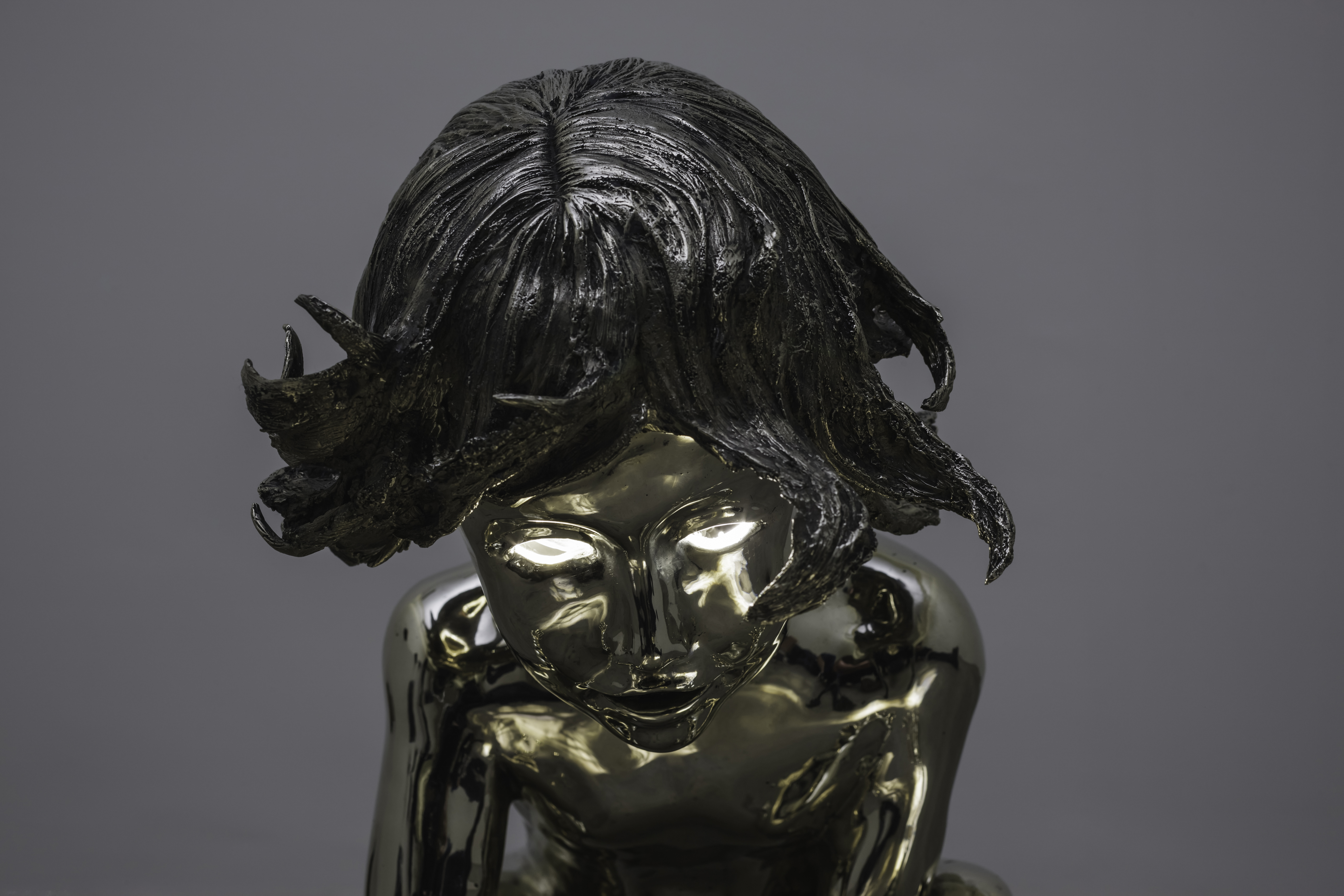 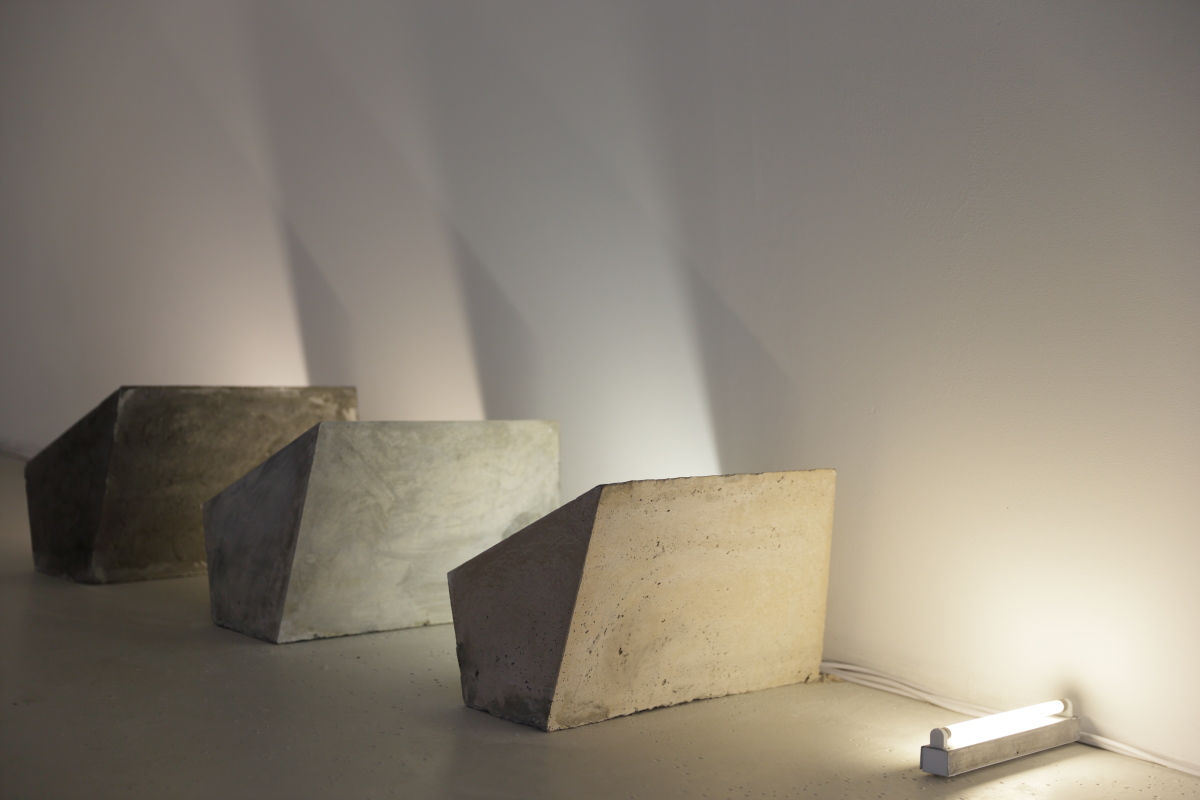