There is an emphasis on fabrication in Cecilia Danell’s The Consoling Dream Necessity, clearly demonstrated in the two installation pieces and paintings, where there is an insistence on our physical encounter with the landscape. Both this focus on ‘making’ and pathetic fallacy is evident in the project Build Your Own: Scandinavian Loneliness. Within a cardboard box are all the materials you need to construct your own segment of snow-clad wilderness. As well as referencing the physical landscape (that constitutes her Swedish heritage), it also comments on the impact of the landscape on the individual. Elaborated further in the paintings is this power our surroundings have over us in terms of mood. Despite an emphasis on the exterior, the paintings also refer to our inner-life, demonstrating a realisation that inner and outer can be made interchangeable; boundaries can be blurred up to the point of negation, so that we can’t tell if the images are abstract and skewed visuals or landscapes made strange by inward turbulence. With Build Your Own: Scandinavian Loneliness, situated as a pile of harmless seeming boxes in the middle of the gallery’s floor, there are unusual connotations; ‘build your own’ incites a notion of mass-produced and mass-possessed – if everyone has one, why shouldn’t you? And yet what we’re encouraged to construct is ‘loneliness’, and not only that but specifically Scandinavian Loneliness. With this direct tie to the artist’s biography and heritage we can’t ignore the outright personal dimension introduced, a facet that the paintings enhance and complement. 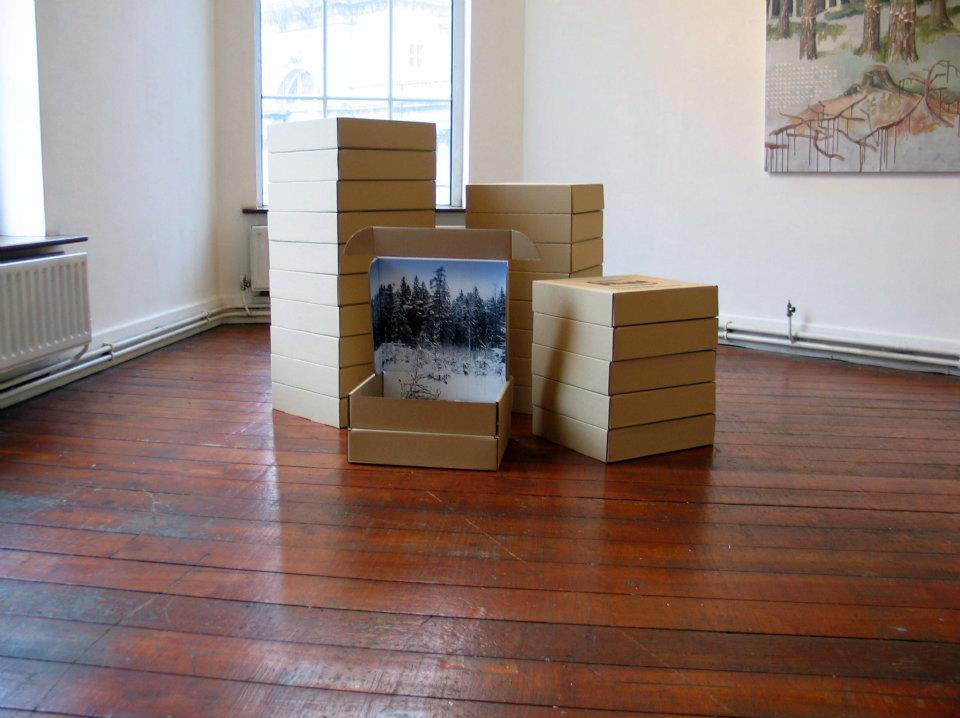 The paintings are imbued with a sparseness and a loneliness that is carried off by painterly technique as much as by the subject matter itself. What we are perhaps looking at is images of a secluded, distant Dystopia, somewhere we all recognise perhaps not for its landscape but for the associated feelings of estrangement and ostracism. The question raised is at what point do we all of us come to spend time in this setting? How deeply can we question ‘the self’ before coming up against this wall of ‘otherness’? 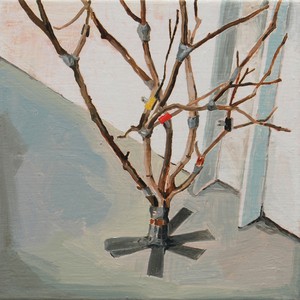 A small installation piece in the form of a yellow flash-light is mounted on a medium-height podium just inside the gallery’s entrance. A Tribute to Thomas Demand is a reproduction of one of the flash-lights that played such an important role in Demand’s 2001 piece, Poll, which replicated in paper the setting of the Florida recount in the 2000 election between George Bush and Al Gore. The recount depended largely on incompletely punched holes next to the candidates’s names on the ballot paper, and the flashlights were used to determine whether or not the votes could be counted. This reference to the material and tangible accents Danell’s work, illustrating the symbolic weight materials can undertake having at first played only a supporting role in a colossal endeavour. Danell’s tribute to Demand’s referencing the role of paper in a major historical event calls fresh attention to her own materials, and the nature of our interaction with these materials depending on their context. In Poll we see the initially banal connotations of paper inverted, as it becomes the deciding factor in a decision of global import. Danell’s flashlight and Build Your Own Scandinavian Wilderness employ the most normal and attainable of materials, but in the setting of a gallery they take on a purpose that far exceeds the utilitarian. 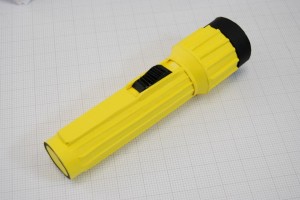 In the artist’s previous exhibitions, the mundane associations of such installation materials as graph paper, paper clips and twigs have been thrown into relief by the strangeness of the connotations they provoke. Similarly in The Consoling Dream Necessity, the strangeness of the landscape depicted is made stark by the familiarity it instills. Feelings of alienation and division are conjured by these images; what we see are the universal ramifications of what we assume to be insular and personal, so that paradoxically through feelings of estrangement a simultaneous sense of ‘connectedness’ emerges. Strange places seem familiar because something transcendental is invoked; we are cautious and conscious, always, of our own ephemerality and our emotional distance from others. This knowledge of an irreparable schism between the individual and the rest of the world is a persistent psychological theme, and Danell’s landscapes represent that space between our psyche and outside consciousness for the happenstance viewer as they perhaps represent for her a dissolving immediacy with her background and heritage.

Sue Rainsford is a writer based in Dublin. 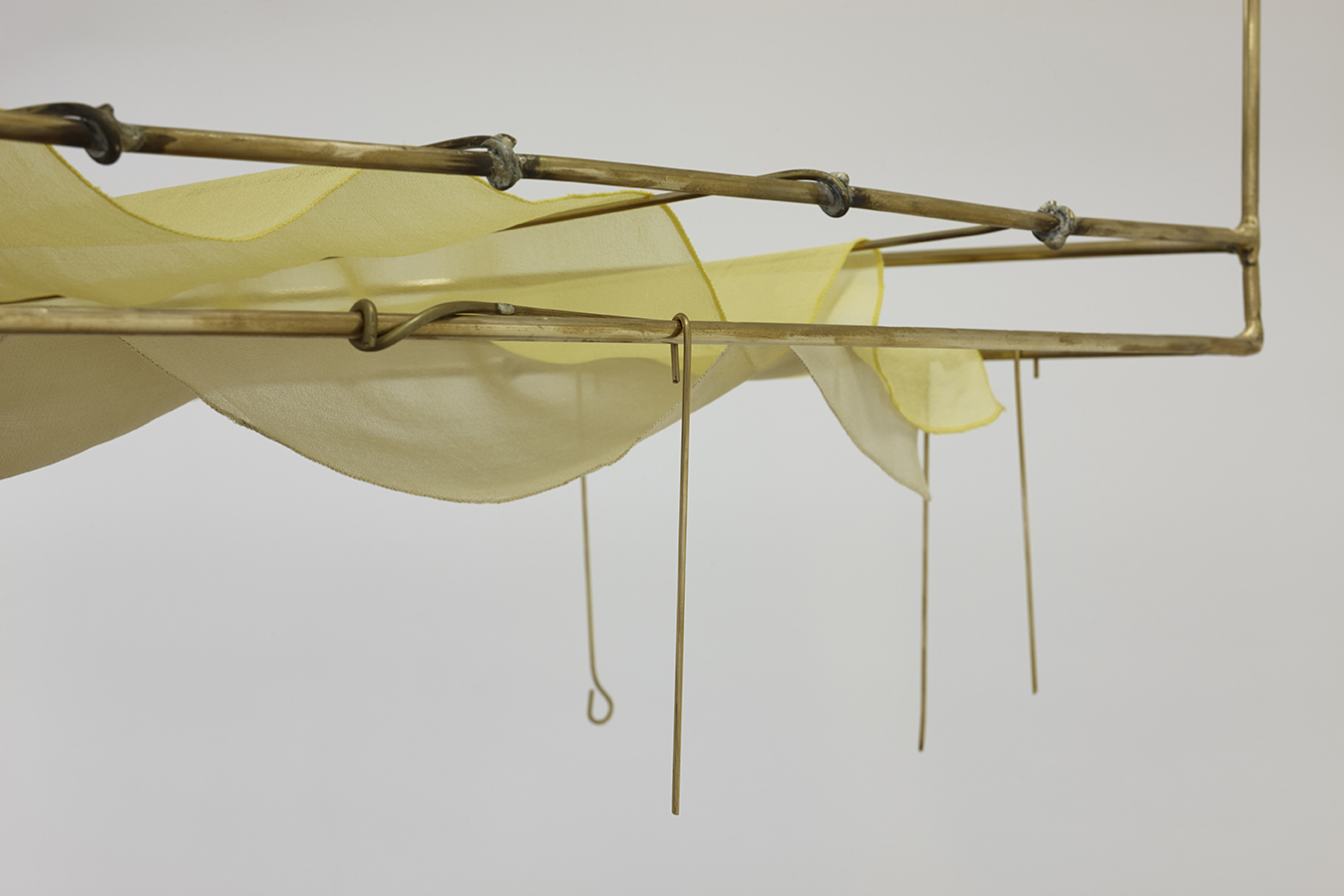