The Director Speaks in a Church: Student Protests against the Management of NCAD

This is the third text in our small series on art education in Ireland. Niamh Moriarty and Eimear Walshe, NCAD Student Action protest group members, were invited to give a report on recent events that have taken place over the last few weeks at the National College of Art and Design, Dublin, from their own perspective. We have also invited the management of NCAD to offer a response to recent events.

On 20 March, four hundred students from the National College of Art and Design (NCAD), Dublin, placed a signed copy of the list of demands on college director Declan McGonagle’s desk.[1] The student protests come after years of miscommunication and questionable governance at the college. [2] Recent incidents of negligence include: an increase of first year undergraduate places by 75 percent without the provision of additional resources; the Masters of Fine Art students being asked to leave their studios when the college failed to secure long-term studio space;[3] and the Students’ Union not receiving funding or wages for two consecutive months. NCAD Student Action was formed by a collective of students determined to defend the rights of their peers for a fair standard of education. The protest group canvassed on behalf of the students’ concerns across all departments, and compiled a coherent to-do list for the director to follow. There has been no movement on our demands as of yet but we have received four separate statements in response from the director. We will attempt to navigate McGonagle’s statements to students and their potential implications in the following report. 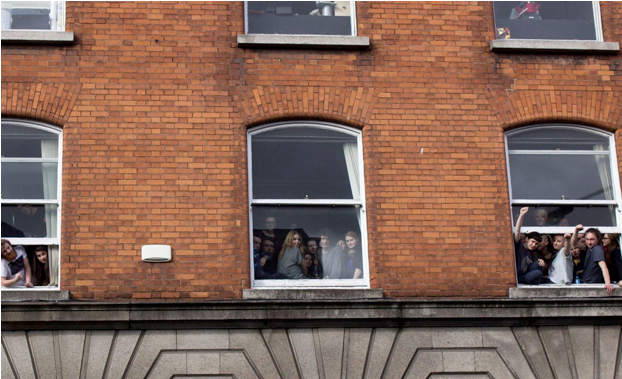 NCAD Student Action meeting of the emergency board of NCAD on 24 March 2015
Photo: Finbar James Deery.

In 2013, then NCAD lecturer Joan Fowler wrote the essay ‘What Is a Degree in Art Worth?’ for Paper Visual Art’s hardcopy publication. Fowler describes a managerial hierarchy in third-level institutions that operates on a business model in which ‘there is implicit acceptance that the ends justify the means rather than the other way round’.[4] Following this model, reforms including the increase of student numbers, a dubious academic alliance with University College Dublin, modularisation, and the restructuring of a four year undergraduate course to a ‘three plus two’ combination of a bachelors and masters degree have been implemented in NCAD. Meanwhile facilities and teaching hours are consistently cut back. This shift in the college’s ideology effectively devalues its undergraduate courses in the hope of persuading students to enroll for the full five years. Without the necessary provisions, this is a harmful compromise, supporting our suspicions that the administration’s primary concern is to increase revenue rather than to support and educate its students. In the director’s own words: ‘None of what the college has been working through or working towards (…) has been about protecting the intrinsic value of art and design. It’s been about protecting and advancing the extrinsic value of art and design.’[5] Contrary to this ideology, we as students are pursuing education and developing skills in art and design because we understand these disciplines to be valuable in their own right.

The changes that are currently being implemented in NCAD are taking place without a board to oversee them. In response to the government’s failure to appoint a board, NCAD Student Action elected the entire student body as ‘the emergency board of NCAD’ on 24 March. More than four hundred students filed into the boardroom of the college and held a meeting that enabled participants from different departments to share their experiences in the college. During the sit-in, a fashion student explained the department can only provide one sewing machine for every three students in their final year; a first year student spoke about failing an assessment because his work was misplaced in the overcrowded studios; and a design student said she was taking night courses to develop skills she had expected to learn at the college. In addition to substantial registration fees, students pay studio and material levies that are supposed to provide them with resources throughout the year. [6] It is impossible for us to ascertain how these levies have been spent because the college has not produced up-to-date accounts for five years. The consensus from students who had paid a material levy was that they had not been provided with materials to that amount. The forum established by the demonstrators has created an awareness and solidarity between students, and has strengthened our resistance against the management.

While neglecting to address our issues, the director has outlined his position in three memos, and with one lengthy public address at St Catherine’s Church on Thomas Street, where he professed that he and the students ‘shared goals for the wellbeing of NCAD’. The speech took place in a church – a space that is provisionally hired by the college because there is no on-campus lecture theatre to accommodate the newly expanded student body. Rather than acknowledge the damaging effects that this lack of space and resources has on the current students’ education, the director called on the congregation of staff and students to enter into a process of ‘collaboration (…) instead of confrontation’. Students who come up against the conditions of overcrowding, sporadically available tuition, and declining access to facilities and materials cannot ally themselves with a figurehead who repeatedly insists that their dissatisfaction is primarily caused by ‘a confusion of issues’. This deliberately evasive speech intends to cast a shadow of doubt over the students’ campaign. 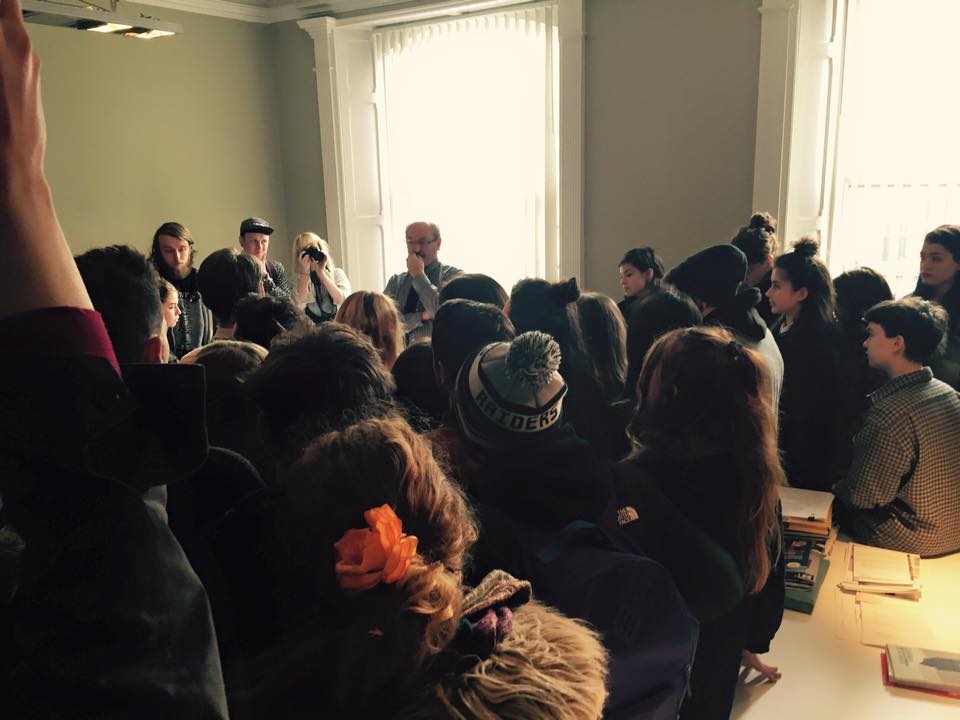 At St. Catherine’s, the director stated that ‘there are already a variety of mechanisms for rehearsing those issues of concern’. Throughout the protests, we have acknowledged that our support structures (encompassing class representatives, the Students Union, and student delegates on the board) have been rendered ineffective by the unsympathetic and indifferent governing authorities at NCAD. The term ‘rehearsing’ suggests the extent to which the institution simulates its own unity. George Orwell’s 1946 essay ‘Politics and the English Language’ describes how unclear language can disguise deliberate obfuscation, particularly in art criticism and political writing.[7] The director made exemplary use of this technique during the ‘Committee of Public Accounts Debate on Accountability and Governance at NCAD’, which took place at the Oireachtas in January this year. Deputy Patrick O’Donovan asked our director: ‘Who is responsible for the systems and practices in the college?’ The director responded that ‘the college is responsible’.[8] The consistent denial of accountability on the part of the director pervades his language, which clings to indeterminacies, such as use of the passive voice, a lack of imagery, and sentences that fracture into one another, leaving no continuous line of logic for the listener to follow. The only concrete solution that the director has proposed to abate the students’ dissent is that there should be additional meetings between the administration, staff, and students. The appearance of institutional democracy is performed, or, even more inconsequentially, ‘rehearsed’ through the official channels or ‘mechanisms’ in order to placate staff and students whose opinions have effectively been silenced.[9] One-sided discussions have impaired progress, and communication to students – where it does exist – is strategically imprecise and convoluted. ‘The confrontational model’, as our director puts it seems to be the only way we can make our voices heard.

The director’s attitude to the welfare of his students is evident in the decision to discontinue the college’s free medical service. A fifteen euro consultation fee was introduced without prior warning to the students, the Students’ Union, or the doctor. The savings made by imposing this fee are negligible, but the director defends this decision, claiming that the fee is ‘not terrifically expensive’. As a senior manager on a six-figure salary, it seems the director struggles to comprehend that for some students this fee is prohibitively expensive. In response to our demand that the fee be reversed, he stated: ‘We’re prepared to reconsider that in the context of our budgeting situation.’ This implies that a revision of the fees will only be considered in the context of the budgeting situation; in other words, it will not be considered at all.

While the director maintains that ‘collaboration will ultimately be more fruitful than dissent’,[10] Fowler, in her aforementioned essay, proposed that ‘art is an oppositional practice, or, a form of critique against the establishment whether socially, politically, or artistically’.[11] Student activism brought about the 1971 ‘National College of Art and Design Act’ that was put in place to protect the college’s autonomy. More recently, in 2006, students successfully protested against the relocation of NCAD to the UCD Belfield campus. These historic examples demonstrate that criticism and noncompliance can indeed uphold the college’s integrity. An official vote organised by the Students’ Union on 13 April showed that an overwhelming majority of students do not believe the director to be acting in their best interests, while the staff at a SIPTU meeting passed an almost unanimous vote of no confidence in the senior management team.[12] These actions show that students and staff are united in the belief that NCAD has been damaged by conformity and mismanagement. Not only have the staff demonstrated a conviction to fight for the students’ education, the students have asserted the same readiness to defend the working rights of the staff. We will protest until we have experienced a change for the better at NCAD. In solidarity, we will continue to resist.

Niamh Moriarty and Eimear Walshe are members of the NCAD Student Action protest group and are current postgraduate students at NCAD.

[1] The list of demands includes: a reduction of student numbers, or alternatively an increase in resources to meet the students’ needs; permanent space for MFA studios and the retraction of the newly introduced doctor fee. For the full list see: https://drive.google.com/file/d/0B99uEsAb8hF4cVlEU3N2Y0ZTZEk/view?usp=sharing.

[2] See ‘General Report No. 85 of the Comptroller and Auditor General: Accountability and Governance on the National College of Art and Design’, Houses of the Oireachtas, 22 January 2015, http://oireachtasdebates.oireachtas.ie/debates%20authoring/debateswebpack.nsf/committeetakes/ACC2015012200006?opendocument#J00400.

[5] Declan McGonagle, address to students at St. Catherine’s Church, Dublin, 23 March 2015. Unless otherwise noted, all Declan McGonagle quotations are taken from this public address, as noted by the authors.

[8] Patrick O’Donovan and Declan McGonagle, cited in “General Report No. 85.”

[9] See NCAD, Academic Council Meeting minutes on 3 March 2010: ‘The College had received notification from SIPTU that members would “work to rule”, not co-operate with 3+2+ (3) and Quality Assurance, or take on additional work done by staff who have not been replaced,” http://www.ncad.ie/intranet/minutes/academic_council/Academic_Council_3March_2010.pdf.

[12] On 13 April 2015, the NCAD Student Union held a vote to determine student opinion on the following question; ‘Is the Director, Declan McGonagle, acting in the best interests of our education?’ The results were 99.3 percent No and 0.7 percent Yes. On 14 April 2015, a SIPTU Emergency General Meeting was held where staff in attendance agreed to take part in a vote of no confidence in the “Senior Management Team” of NCAD. The results showed that 94.5 percent had No Confidence and 5 percent had Confidence. 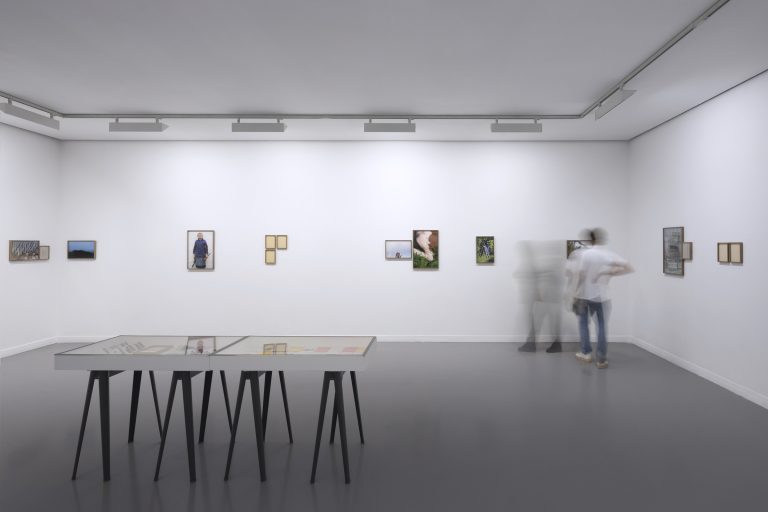 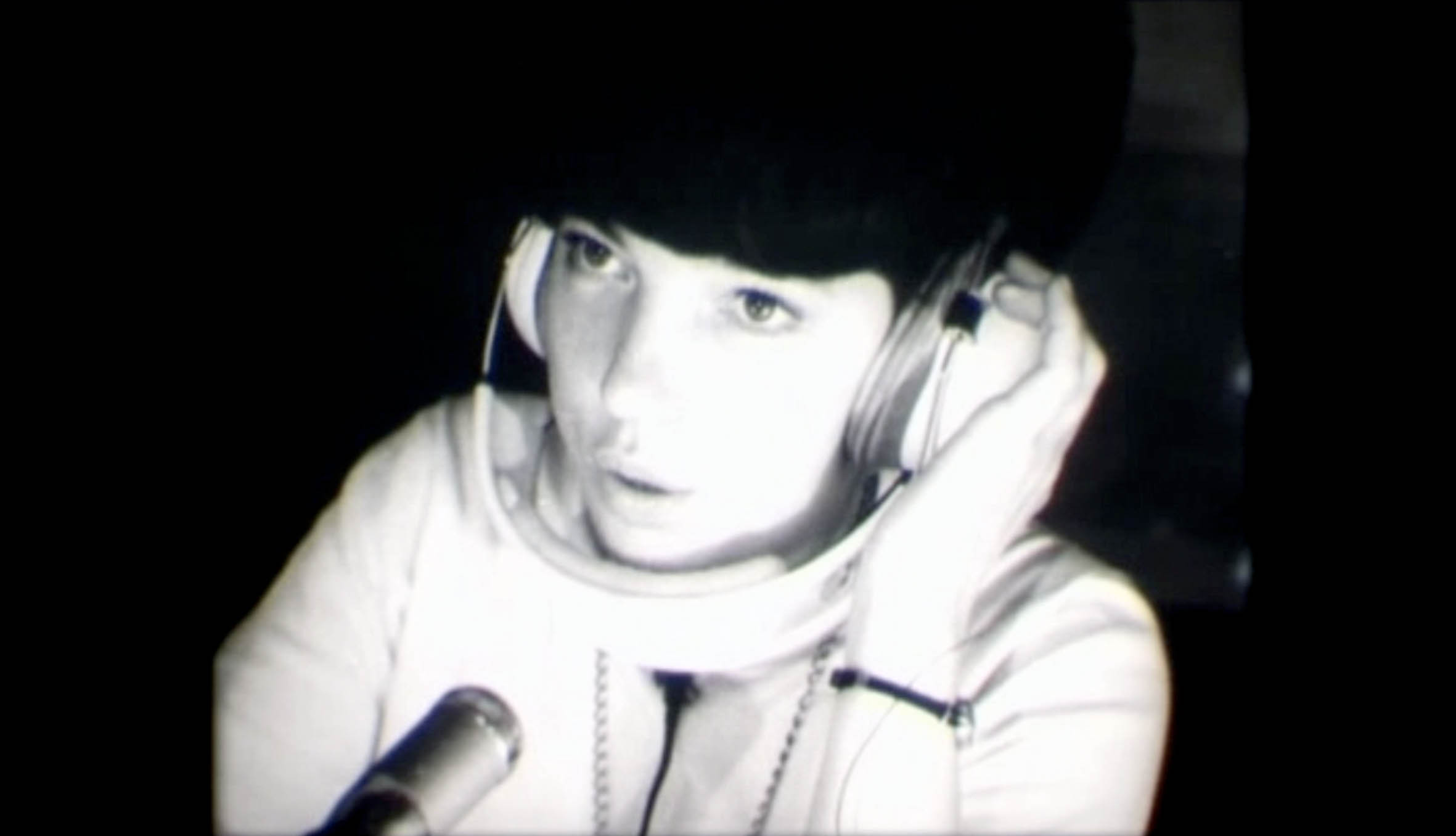