Francis Halsall | Blossomest Blossom: Writing on the Prose of the World

“Below my window in Ross, when I’m working in Ross, for example, there at this season, the blossom is out in full now, there in the west early. It’s a plum tree, it looks like apple blossom but it’s white, and looking at it, instead of saying “Oh that’s nice blossom” … last week looking at it through the window when I’m writing, I see it is the whitest, frothiest, blossomest blossom that there ever could be, and I can see it. Things are both more trivial than they ever were, and more important than they ever were, and the difference between the trivial and the important doesn’t seem to matter. But the nowness of everything is absolutely wondrous, and if people could see that, you know. There’s no way of telling you; you have to experience it, but the glory of it, if you like, the comfort of it, the reassurance … not that I’m interested in reassuring people – bugger that. The fact is, if you see the present tense, boy do you see it! And boy can you celebrate it.”[1]

When Dennis Potter gave this interview to Melvin Bragg he casually sipped morphine directly from a bottle to mitigate the pain of the cancer that was killing him. The closeness to death had gifted Potter a great privilege; that of being able to attend to the aesthetic richness of living with the relish of a glutton and the meticulousness of an obessesive. The fullness of everything in the world, he seemed to be saying, was too much to be contained by words alone. The experience of living life in the present tense causes language to become stuffed to bursting point. It begins to split at the seams and irruptions like “blossomest”  – a word that shouldn’t exist – spill out.

A few years ago I found myself in Beijing enjoying the hospitality of philosophy students at the university there. They invited us to a lavish lunch on campus and, inspired by a mixture of generosity and institutionally sanctioned greed, ordered plates and plates of food until there was no room left on the table. Some of the foods were familiar; other less so such as a fungus broth served in a log (as I remember it). Our hosts took great delight in explaining what was in each dish and how we should eat it. But amidst the flavours and textures both familiar and strange there was a taste I couldn’t place. “What’s the ingredient in this?” I asked. I struggled to be more specific. In the end the best I could come up with was a face in which I pulled my lips back over my teeth: “The one that makes my mouth go sccchhh and tchkk,” I said. Our hosts thought this hilarious: “How can you not have words for these tastes?” someone asked, puzzled that something so ordinary could fail to be named. I’ve since worked out that the flavour comes from Sichuan Pepper a common and popular ingredient in China. It provokes a particular and peculiar sensation in the mouth. It’s called málà in Chinese which roughly translates as numbing and spicy.

Quite obviously the world that I taste with my whole body is not one that can be limited to linguistic approximations of it; language is not the limits of my world. The world is richer than the words I find in it. The numbing spiciness of blossoms will always exceed their descriptions. All of which suggests to expect descriptive precision from language in the face of the world is unreasonable and perhaps futile. Implications for criticism emerge from this; namely, if we can’t describe the world in general then we’d have no hope in critiquing those little bits of it set aside in the name of art. However, we needn’t accept this.

Instead, experience is intertwined with the world through our participation in the language that things speak, both to one another and to us. Merleau-Ponty emphasises that “speech about the world” is the language of the world, rather than a symbolic linguistic system which represents it in specifically human expressions.  He sees this task of speaking the world as the primary aim of philosophy. The role of philosophers, then, is to search for the origin of meaning. They should seek out what he calls the “wild-being” of the world as it is before humans experience it.

What this means is that if language is to reflect back upon the world, then its only hope of doing so is through the aesthetic gestures of poetics. In these terms the whole world (including my descriptions of it) becomes an aesthetic object, one that reveals further dimensions and hidden trapdoors with each aesthetic reflection:

“The whole landscape is overrun with words as with an invasion, it is henceforth but a variant of speech before our eyes, and to speak of its “style” is in our view to form a metaphor. In a sense the whole of philosophy… consists in restoring a power to signify, a birth of meaning, or a wild meaning, an expression of experience by experience, which in particular clarifies the special domain of language… Language is everything, since it is the voice of no one, since it is the very voice of the things, the waves and the forests. And what we have to understand is that there is no dialectical reversal from one to the other; we do not have to reassemble them into synthesis: they are two aspects of the reversibility which is the ultimate truth.”[2]

There are two ways of reading what Merleau-Ponty claims here. The first is a strongly anthropocentric one in which reality, as it is known, becomes thoroughly enmeshed in systems of human meanings and language. This means accepting that the world would never be knowable or speakable in itself.

A second and more interesting reading, however, proposes that the world has a language all of its own which we might vetriloquize in our acts of writing and speaking. Poetry in all its forms – be they visual, verbal, aural, tactile, and gustatory – is our clumsy, human attempt to see in the present tense and talk about the narcotic thrill the world offers. Art works best when it attempts to participate in the prose of the world. It begins at the point where language as it is ordinarily used falters and begins to break down.

All of which does not point to the failure of criticism (or writing about art), but the place at which it must begin. Writing must continue to push back against its inadequacies and test its limits. We must continue with these failures, not to bear witness to their shortcomings but to allow our aesthetic experiences to escape them time and time again. Because, even if we’d rather not accept the challenge, the world will continue to taunt us to find words to describe it, even if they don’t exist.

Yet, our starting point here was not a failure of criticism, but a man facing death and experiencing blossom again as if for the first time. I don’t want this to lead back to the glib conclusion that art might do the same for us all; that it has an ameliorative or palliative capacity to offer paltry compensation for a life we will all lose. But rather art can give us back our life by making it all the more obvious to us; in the present tense. Even if our attempts to ventriloquize it leave us tongue-tied.

Francis Halsall is lecturer in the history and theory of modern/ contemporary art at National College of Art and Design, Dublin where he coordinates the MA: Art in the Contemporary World. He has research interests in aesthetics, systems theory, phenomenology and modern/ contemporary art. Recent writing and ideas can be found at his blog: http://alittletagend.blogspot.com/

*This essay was published in Paper Visual Art’s second city-specific, hard copy edition which focused on Cork. It was launched at the National Sculpture Factory on April, 2013. Publications available here. 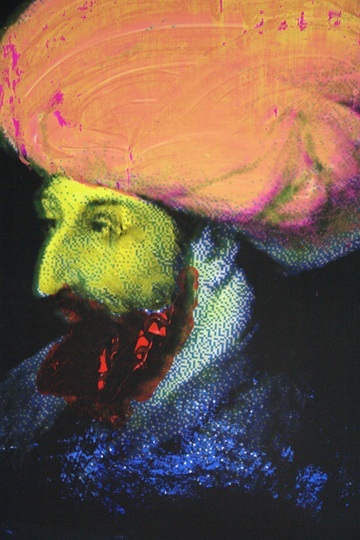