A Q&A between Brendan Earley & Pádraic E. Moore following A Place Between at the RHA Gallery Dublin, 5 March – 29 April, 2012. 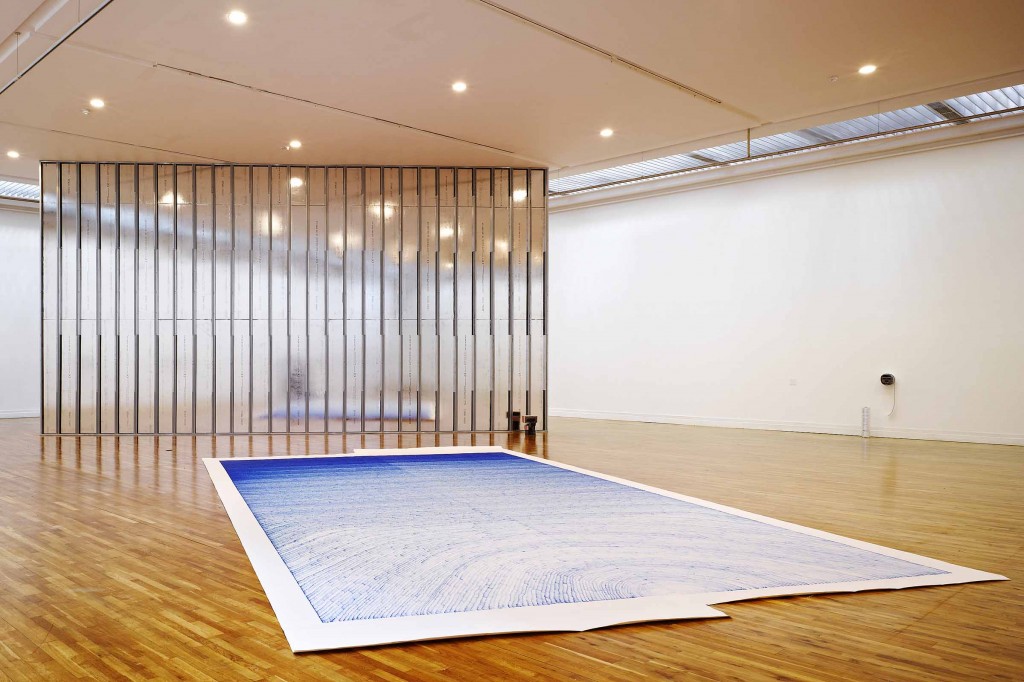 Q1: The title of this exhibition evokes hinterlands, and perhaps even the abandoned building sites that characterise Dublin and other urbanised locations throughout Ireland at present. Does this preoccupation with transitional landscapes emerge from a desire to explore the possibility within uncertainty – and I don’t refer only to the current climate of economic uncertainty.

A: Well, from what I remember the title came out of a conversation with Pat Murphy (the Director of the R.H.A. Gallery, Dublin) early on in our discussions about what the show was going to look like. In the beginning there was going to be a lot more walls built, with a heavy emphasis on wandering around the gallery, but then I felt this was a little too contrived.

Apart from the obvious attraction one might have for ‘out of bounds’ areas found in places like the hinterlands of a city, the real interest I find is in their liminality. These are in-between spaces which naturally appear in cities and would happen anyway regardless of our obvious economic crisis. They lie idle and overgrown and in a semi-bucolic state, seeming to wait for something.  These places invite me in, not like a trespasser, but more like a visitor.  I think these places have a quality which stems from the fact that the labels ‘urban’ and ‘rural’ with which we normally find our bearings in a landscape do not apply.  It’s not the fields of farms but the Grand Canal beside my studio in Inchicore that are thick with wild flowers every year, for me this points to the ability of wildlife to survive in these waste lands. I really find this remarkable, nature’s persistence in the face of ceaseless change in urban areas. This gives me great hope too because I find it a bleak view to see the story of man/nature as nothing more then one of survival, with nature irrevocably opposed to man, forever just holding on. So looking at it in a more hopeful way, it is a story of co-existence, of how it is possible for the natural world to live alongside man, even in places destroyed because of our excess and greed. So for these reasons I have taken a more active interest in the possibility found in a built environment under a slow change, one that accepts uncertainty in order to develop organically. 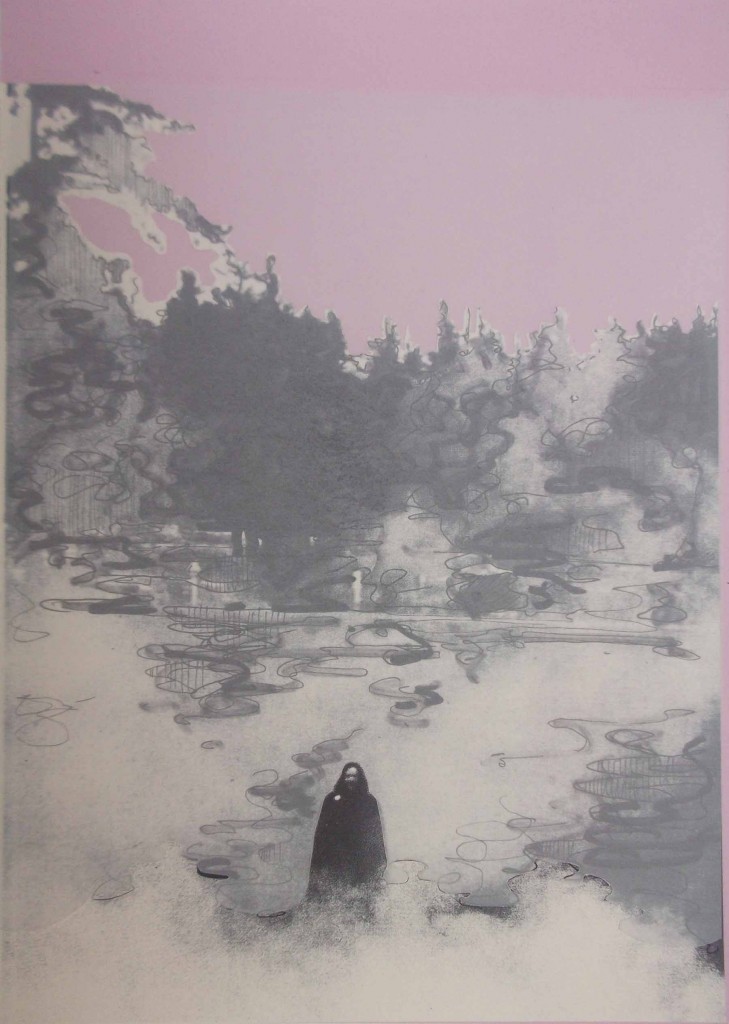 Q2: This exhibition evinces a shift in your practice in several ways.  In particular, some of the drawings include figures and you have begun to use colour in an almost expressive manner. I was interested to note that you had given these works names that referred – quite specifically – to song titles. There is also clearly a reference to Tarkovsky’s films. Can you give some insights into this?

A: I think finding fragments of things on my way to or from work and reuniting them in some way has always been a central preoccupation in my work. Lines from songs that one would hear have a similar feel to the detritus I use to begin a sculpture and they (the songs) would finish them. Indeed with this show, collage became important as it provided a handy antidote to my fear of the blank page (the large marker drawings are another way out) and they also allowed me to use colour in a looser way. As well as all sorts of other bits of ephemera which I find in those large DIY stores found on the periphery of cities.

Figures have begun to appear in the drawings mostly because I decided to make my interest in certain histories more explicit, such as land art, science fiction and the Romantic tradition. This can be seen as a way of mourning the devaluation of these histories (and in particular the latter), ways of seeing that I can never have. Artists who once, with fresh eyes, discovered sublime nature as a mirror of their soul and whose discovery is now obsolete. Hunky Dory is taken from an image of Robert Morris standing in front of one of his steam sculpture/environments. So the figures, although masked or half hidden belong to the past, but inhabit the present with me as ‘ghosts’. A bit like the shadows found in the reflections of the big wall.

This large structure was built for a number of reasons, as a screen hiding the large blue drawing (A Place Between) as you came into the main space. It also confronted you as a barrier would giving as little as possible away. But one of the great things with the silver foil faced on the far side was that it disappeared into the fabric of the building once you walked around to view it from the other side. Thereby turning the wall from something which kept you out to something which let you in. In some way I think you entered the gallery twice as your reflection in the mirrored surface of the wall actually placed you in the landscape of the exhibition. This inclusion marks a change in my practice, from drawings and objects and their potential relationship to debates in architecture and history, to a deeper need to understand the cost of progress in our built environment.

These concerns are beautifully voiced in Tarkovsky’s Stalker, a glacial slow, almost event free film about landscape and longing. This is a film which lingers for long minutes over broken wastelands of abandoned industry encapsulating Tarkovsky’s interest in dereliction and decay, imbuing these broken landscapes with a terrible sense of threat. Largely unable to realise the alien properties of artifacts found in the book the film is based on, Tarkovsky projected the danger into architecture itself. Passive landscapes that could swallow a man. Tunnels which tear them to shreds. These effects were never demonstrated, but also never doubted, thanks to the tentative way actors explore their surroundings.

Q3: In many ways you might be considered a landscape artist and you have referred to yourself as this in the past.  This exhibition might itself be read as a kind of sprawling landscape that occupies the gallery space.  You obscure a view of the gallery so one must explore and investigate. You are surely interested in the idea that a viewer or visitor to the space has to negotiate the space and indeed, discover facets of the show for themselves?

A: I suppose the main paradigm I was taught was installation art – so all my work is considered in terms of the viewer’s role in relation to meaning found in the work, being an observer who ratifies the contract to allow meaning to appear. However this comes with certain conditions; it is not a passive role. Indeed this position runs parallel to me wondering what a contemporary landscape artist entails, if there is such a thing. I do feel we can no longer be the figure in a red coat resting on the stile as in 18th and 19th century Irish landscapes. As we pass through this land we most be more conscious, “to wander with purpose” as John Hutchinson (director of the Douglas Hyde Gallery, Dublin) would put it. This sort of consciousness involves merger, or identification with one’s surroundings. Its antithesis, rational consciousness – the sort that produces Styrofoam and IKEA flat packs – requires a total separation from any sort of merger with nature. Subject and object are always seen in opposition to each other. I am not my experiences, and so not really a part of the world around me. I am afraid the logical point of this world view is a feeling of total reification as Marx would point out: everything is an object, alien, not-me; an alienated thing in a world of other, equally meaningless things. Depressing, but I suspect it to be true, in some sort of way, of this rational ideology.

Q4: Your work evinces an interest with introducing abandoned detritus from the outside world into the studio and eventually the gallery. This process involves navigating the landscape near your home and studio in order to discover the rejectementa of society. Found components become integral to finished works. In many case, it seems that there is an almost alchemical process involved in your work. The found object is merely a starting point.

A: Yes, there is definitely a very real transformation in the objects, nothing is what it seems. The light Styrofoam becomes incredibly heavy once it’s cast into aluminum or bronze in the foundry, for instance A Million Years Later is well over 100 kg. For me the great thing about sculpture as I understand it is its power to reclaim objects for purpose. Not necessarily for a purpose but to give them an integrity, a weight if you pardon the pun. I don’t really see it as recycling, I am far too selective for that and I think for recycling to work one can’t be selective, but because I am driven by a desire to find purpose for the most trivial things I feel my wanderings are not in vain. Perhaps this is why I am driven to take even the most abject things such as a burnt bin I found outside my studio – it became the sculpture Solaris in the end. Again, like the Romantics of the nineteenth century, I would favour an open process and the fragmentary over systematic and concise, in order to be able to adjust the mind to a contradictory reality, rather then the other way around.

The only danger is this approach could be construed as some sort of romance with entropy. The places I visit are in no way a substitute for the official countryside and not to be cherished in their own right necessarily. I don’t want my work to be an excuse for the dereliction, the shoddiness and terrible wastefulness of much of our contemporary landscape. Discovering that the natural world is indifferent to the clutter and ugliness of our urban environment does not mean that we should be also. We should instead be trying to make our built-up areas more fruitful and life-giving for all inhabitants.

Q5: There is a melancholic tone to much of your work but equally, there are optimistic aspects also and you have used the word redemptive in terms of your motivations for producing work. So, there is a balance between these two things.

A: Melancholic, perhaps but closer to redemption I hope. I tend to see such drawings as A Place Between as being more about investing energy then finding entropy. I am sure it’s all the drawings of Smithson that give people that impression but those large drawings are more life affirming than sapping.

With titles like Red Sky at Night giving a certain delight, I wanted this show to be sure and confident even if some of the sculptures appear anything but that. In some ways the very fact they hug the ground gives them the look of a collapsed object, but the transformation is closer to a sense of growth and possibility. Using such materials as Styrofoam, plaster board, plywood and foam, mixing up consumer goods and DIY materials points to a shared, global culture (Lying Awake in an Empty Building) but this does not mean it should be viewed as embracing homogeneity but more an acceptance of using what one has at hand and allowing for contradictions to emerge. Finding oneself in a place of in-between, finding form to accommodate the mess, to paraphrase Beckett. 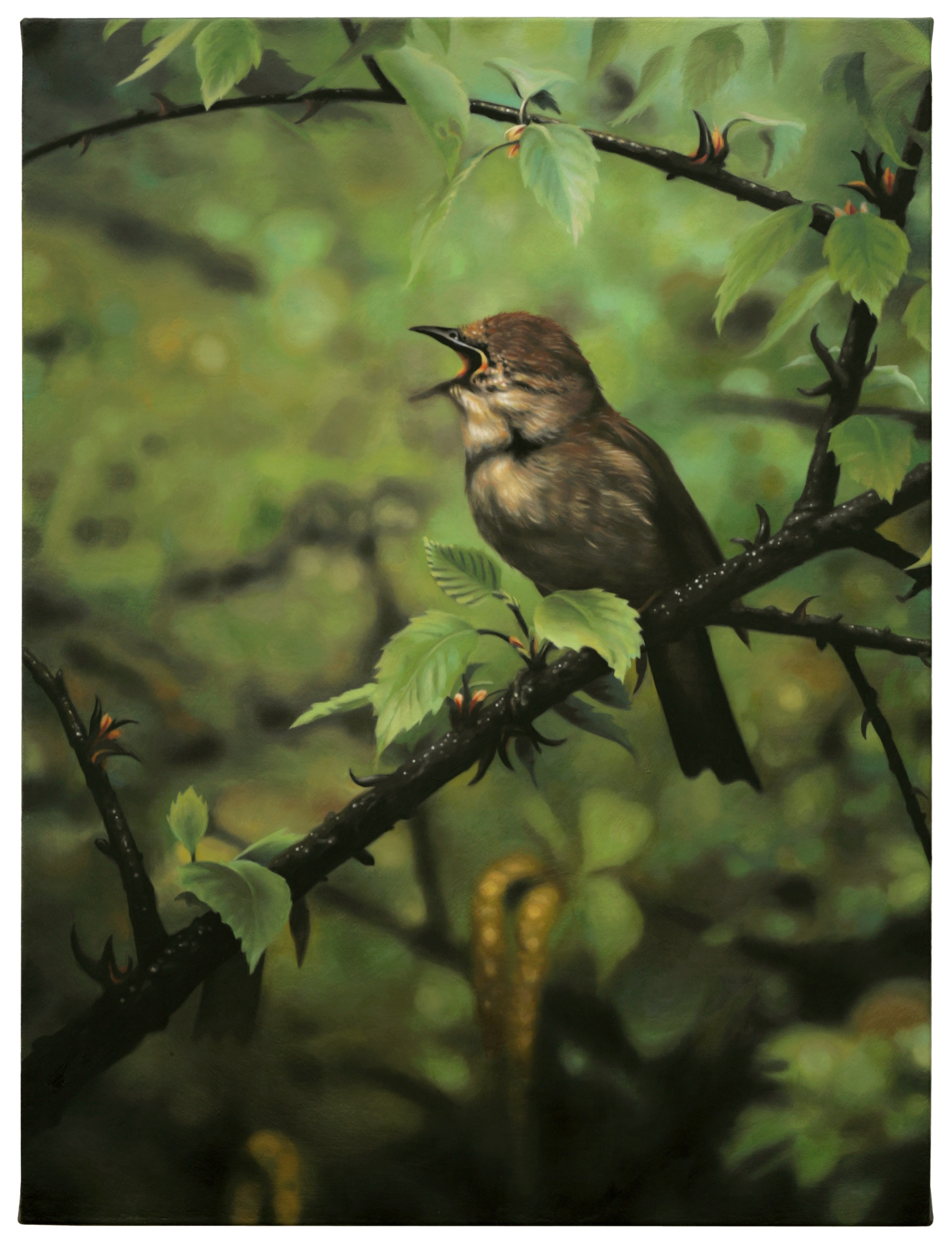 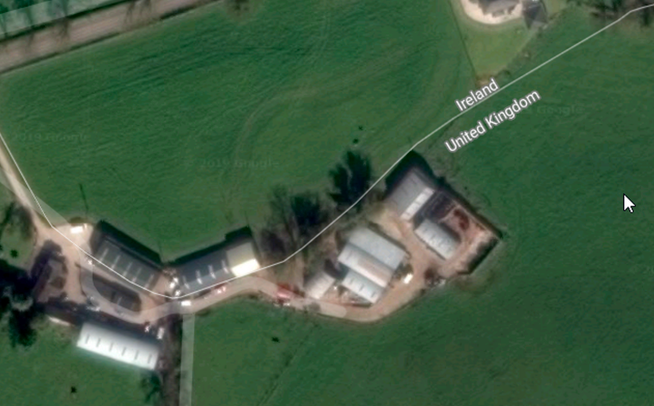 (A Personal History of) Borders