In February 2012 the RIA (Royal Irish Academy) published a paper recommending that philosophy as a subject should be made available to Irish students hoping to study the Leaving Cert curriculum. In late 2014 then new minister for education Jan O’Sullivan indicated that in early 2015 she would instruct the NCCA (National Council for Curriculum Assessment) to develop a short course in philosophy for students in the Junior Cert cycle, that would, it was mooted, appear in 2017.

This half-development is to be welcomed; it will give students, as O’Sullivan has rightly said, ‘an opportunity to explore the concepts and ideas of philosophy in the 21st century’. Taught in schools, philosophy will also, according to Professor Joe Dunne of NUI Maynooth, ‘help children think about what’s important to them, and why … ‘[1] 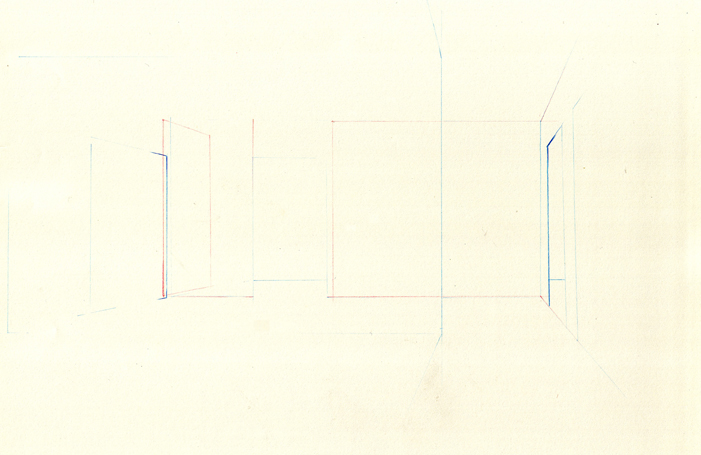 In the second-level education system in Ireland almost all subjects have a very clear function in the students’ lives, whether it be to learn a language (French, Irish, German, Spanish, etc.), learn a science subject, or simply to learn something about literature so as to succeed in a Leaving Cert exam in English, for instance. The studies of these subjects are pointed towards fulfilling necessary exam results to get into third-level education of some kind. The quantifiable uses of a subject are valued above all other potential values. There is of course surplus use in these subjects in that the unquantifiable elements in them are also subsumed into the students’ minds and lives. Presumably philosophy in the Junior Cert will be taught in such a way so as to prepare a student for an exam, but, through an early exposure to philosophical thought it will also become apparent to the student pursuing this course that there is an importance and value in thinking for the sake of thinking. This is very important in and of itself, but, it might then also draw the students’ attention to the dominance of the relationship between value and use in the other subjects that they study, and, this early exposure to philosophical thought, might then also draw out distinctions to these students in the types of use-value that exist in the Irish second-level education system generally.

There is a larger European-wide debate on the slowly encrusting neoliberal relationship between education-use-resources at third level, of which Stefan Collini has been a thoughtful, trenchant critic – and these views help also to contextualise the conversation in the schooling system that feeds third level, i.e., second-level schooling.[2] The species of use-value of education that has emerged in the Irish second-level education system stems from a shift that came in the early 1960s, from a form of education driven by religious doctrine (theocentric) to a form of education driven by the market (mercantile).[3] This shift was necessary to prepare a modernising country for the appearance of foreign capital and industry on its shores, and to train citizens to fulfill the requirements of this future industry need. The basic thrust of this form of education has more or less remained unaltered, i.e., it prepares children for an adult life where useful employability is seen as a necessary condition for making a successful transition to adult life.

The arrival of philosophy as a Junior and perhaps eventually as a Leaving Cert curriculum course has the appearance of softening this use-value correlation in secondary-level education; however, if the government and the minister for education and NCCA are serious about repositioning the value and purpose of the Junior and Leaving Cert curricula in this way, then the manner in which the subject of art is valued and taught in secondary schools should also be reconsidered.

Art is offered in most secondary schools in Ireland as a Leaving Cert course. The Leaving Cert art exam is marked in two parts: 37.5% is based on one’s knowledge of Irish and European Art History, and 62.5% is based on one’s abilities in drawing, painting, craft, and sculpture. This three-hour examination happens at the end of the two-year course.

Most secondary schools in Ireland publish subject descriptions of the Leaving Cert art courses they offer. Here, art is most often presented in terms of what future revenue-generating activity it might be useful for: advertising, interior design, fashion, architecture, craft, etc. On Careersportal.ie, the subject of art is suggested as suitable for ‘students who are looking for a break from intensive memory-work in their other subjects, or to reduce pressure on themselves in June’.

The current curriculum, which has barely changed since 1972, also bears little relation to what is happening in the contemporary world of art or design, so its actual use-value as a course in the Leaving Cert is poor, i.e., it fails on its ‘use’ grounds.

Having spoken to a number of secondary school art teachers based in Ireland the general consensus seems to be that a student would include very little of what is generated from their Leaving Cert art classes in a portfolio submission for NCAD, IADT, or other third-level colleges. This is where post-Leaving Cert portfolio art courses come in, by which stage the secondary school student has more or less decided upon a specialist career path in art or applied-art design.

Model 1. Overhaul the art curriculum so that it prepares the student for the study of art in third level: where students continue to study art history, deepen their appreciation of art, develop their habits of art, and improve their art-making skills, i.e., accept that art is employed here to help an individual to become a professional artist. What is important in this model is that the second-level art course would act as a grounding to help prepare the student for third-level art education thus contributing to their development as professional artists, and preparing them for the industry of contemporary art, where philosophy, critical theory, political theory, and entrepreneurialism have very strong effects on thought-fashions, aesthetic-fashions, and language-fashions. So, essentially, make secondary school art education a direct feeder for third-level art education, thus heightening its use-value relative to a particular end, i.e., enabling students to successfully operate within the systems of the local and international industries of contemporary art.[5]

Model 2. Introduce secondary-school students to art in such a way as to show that art has value in and of itself. What is important about this model is that the value to which the student is being exposed is not held up as a counterpoint to market-driven use-value. Within this model it should be clear that the student is not being necessarily prepared for third level education in art. Art education in this model should not be employed to help illustrate how valuing art and valuing useful things are different. The danger with this approach would be that art might then seem to be valuable only in relation to use-value, i.e., that the value of art might only then become the absence of use-value. The value of art is that it is an enriching human endeavour, and that is sufficient reason for all students to be exposed to it, and the potential of its multitudes, during their primary and secondary school educations.

This is a very fertile moment for re-thinking visual art’s position in Irish education and society. Compared to literature, architecture, theatre, and musical performance, visual art has a lowly, misunderstood and unnecessarily niche cultural position in Ireland today. A patient re-thinking of how it is discussed with and shown to secondary school students should be reconsidered from a ground zero of sorts, where simple ideas like contemplation, close looking, play, open-ended making, and compassionate critical observance of, decoding, and reflection on an artwork are also emphasised during a student’s education. It is important that this would be done for no reason other than to allow a student to be in the world differently. If that were somehow a starting point in re-thinking art education in school, then the importance of art in society might slowly be allowed to take its own root.

Adrian Duncan is a writer and artist based in Ireland and Berlin.

Thank you to Nathan Hugh O’Donnell and Laura Keogh for their help with this article.

[2] Refer to further-reading links below.

[4] There are of course other models, and other mixes of models, but these seem to me to be two ends of a realistic extreme. Also the implications of this reach back into how the Hdip for teaching art is delivered.

[5] So as not to oversimplify: third level art education consistently troubles the relationship between art and art-industry use (monetary/cultural/reputational capital) with its left-leaning reading lists, i.e. the reading lists in these colleges have a proclivity toward Marxism and its ghosts. However, these reading lists are also designed to prepare students to engage with the prevailing lexicon and ideas of the art industry. So a strange folded Marxism sits in the nub of philosophical leanings of art education. There is a strangely trammelled atmosphere to 3rd level art education reading lists, a sort of liberalism that suffers from a deep conservatism, i.e. if a student wished to learn about Nietzsche, Schopenhauer, Positivism, or American Pragmatism, for instance, they would be advised to look outside of these college reading lists. This absence of a swathe of influential philosophers and thinkers then becomes the most explicit feature of these reading lists. For example, Lacan via Freud has a high use value in third-level visual art education because of how their work is pervasively quoted, implicated, employed in contemporary art discourse, but there is no time given to Schopenhauer’s enormous influence on Freud’s thought, engendering a superficiality of approach to theoretical sources which has taken root in the occupational practices of visual artists entering the art market/contemporary art industry. So, to understand the current philosophical styles in the industry of art, and to somehow take part in this industry, it is necessary to have a grounding in a certain type of philosopher. This preparation for industry creates a closed loop of reference between college and industry. It is not dissimilar to how, say, an engineering student is prepared for the industry of engineering, one feeds and is necessary to the other … This subject of reading lists in third-level art education is something that I will return to in the future in greater depth.

Stefan Collini in the LRB: http://www.lrb.co.uk/v25/n21/stefan-collini/hiedbiz